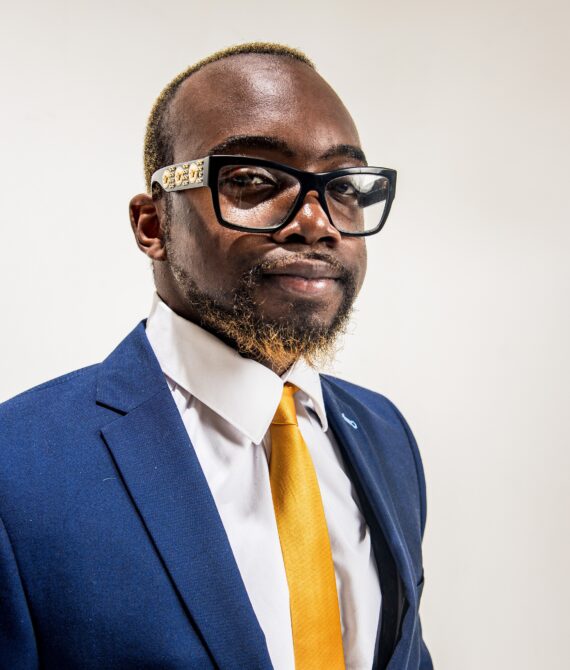 As a boy in Ethiopia, David Zogo dreamed of coming to America. That dream came true when his family emigrated in 2010, settiling in New Rochelle, NY.

In his senior year, David raised more than $3,000 for Hillary Clinton’s presidential campaign. He missed his high school prom because he was working a campaign phone bank.

He began college but quickly realized that he had more political work to do. On leave from Fordham, he looked for work in politics. Canvassing was the only job offered, so he began there.

In short time he became a Bronx field organizer for Governor Cuomo’s primary campaign. Success led to his becoming regional field director for Jared Polis in Colorado. There he helped expand an operation of four canvassers to fifty-five in less than two months. On election day, they knocked on 80,000 doors.

In April of 2020, the woman David thought of as his American grandmother, Rev. Dr. Bishop Primrose James, died of COVID-19. Game Head is his monument to her memory. 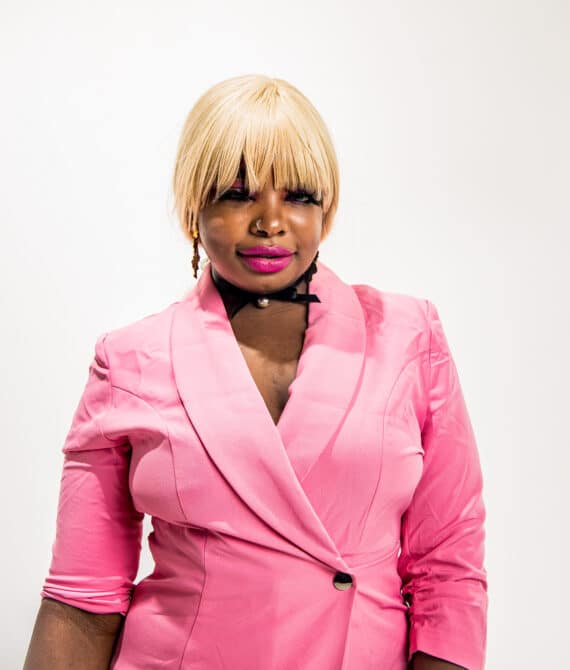 Victoria Zogo was born on February 1996 in Addis Ababa, Ethiopia. As a teenager in high school, Victoria had a passion for music and art. As she matured, she developed a burning desire to help people, and that’s when she fell in love with medicine.
She later went on to obtain her bachelor’s degree in biology and earned a certification in phlebotomy. Victoria later found work as a medical assistant, and is currently working on her master’s degree in nursing.
Though she has a deep love for medicine, Victoria also has a passion for fashion and modeling. She is an ambassador for various several clothing companies, and she also sponsors talented young makeup artists and fashionistas all in and around New York City.
One of her personal mottoes is, “Never say never. You are the key to your own future”
On April 2020, her grandmother figure, Primrose James, died of Covid-19 That led to the birth of Game Head and Victoria’s dedication to it. 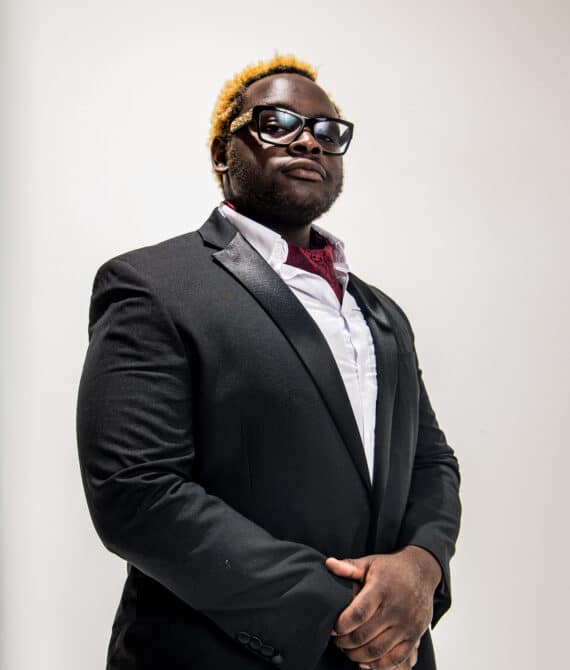 Emmanuel Zogo was born in Addis Ababa, Ethiopia, in the summer of 1999. During his childhood Emmanuel (Manny) quickly developed a love for classical music and opera singing. He came to the United States at age 10 and attended middle school and high school in New Rochelle, NY. Manny is recognized as being the first male student in 16 years to be chosen to represent the Isaac. E. Young middle school music department by singing the American national anthem at the 2013 graduation.
During his freshmen year at New Rochelle High School, Manny was given the honor of commemorating our fallen heroes through song on 9-11 at Barnard School’s “Amy’s Green House” 9-11 memorial service.
At the age of 14 he started work at Whitney Media’s WVOX, co-hosting the radio show known as “The Seer,” where he found his passion for the media.
His musical career didn’t end there, however. Manny is a two-time runner-up winner of the Omega Psi Phi Talent Hunt, and a three-time first-place winner and representative of the Omicron Iota Chapter of Omega Psi Phi. These days, you can find him leading GameHead Inc’s media department: He will be directing the up-and-coming GameHead reality show, and the soon-to-be-released documentary to honor the memory of the late Dr. Primrose James, a woman he had come to regard as his American grandmother. 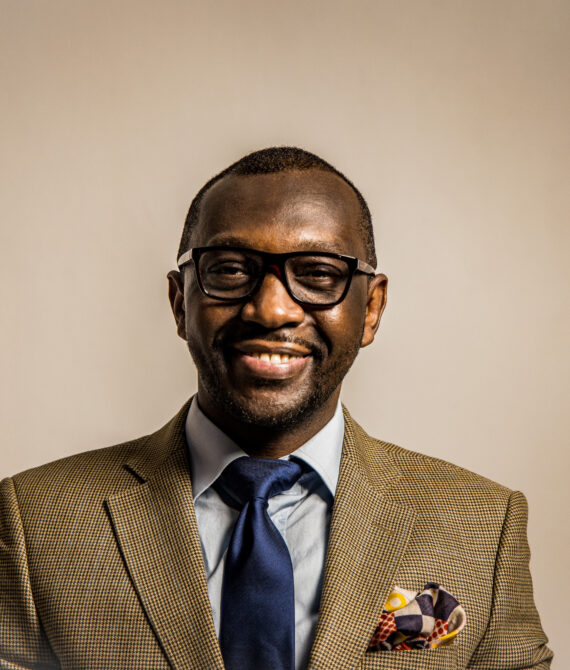 An American citizen, Maximus EKO-MBA was born in Libreville, Gabon, and emigrated to the United States at the age of fifteen. He has a background in arts, became a sculptor at twelve, and represented Gabon in several art exhibitions in France, Germany, and Spain. One day, while he was twelve, in his native country, he was watching a documentary on TV about New York. Seduced by the documentary, he told his friends and family members that he was going to live in New York. Nobody believed him at that time. Maximus visualized himself living in New York, there was no doubt in his mind, and here he is today. Maximus believes that the Lord Jesus Christ is his shepherd.
Maximus has been living in New York City for the past two decades and a half. He went to high school in Brooklyn, attended New York University, and today is working toward his Executive MBA at Yeshiva University. He worked as Coordinator and HR Assistant Manager for PEOPLE CARE corporation, and for six years he owned the only black gallery in Rockefeller Center, Bantu Decorative Arts on the 7th floor, just one floor above Christie’s. He was also the Special Adviser to the President and the Chairman of the Arts and Culture of the NGO United African Congress the largest pan-African organization in the United States, led by His Excellency Sidique Wai. Today He is the Founder & CEO of ACCESS Conglomerate International, a consulting firm that assists major US companies to safely invest in Africa as well as helping African governments and businesses in project management as well as securing funding for international projects.
As Project Manager, Maximus is responsible for masterminding, outlining, and developing projects. He designs the project goals and success markers, determines how success will be measured and tracked. He ensures that the project remains on time and budget and helps motivate team members to hit their goals.
He enjoys Music, artificial intelligence, travel, social causes, audiobooks, eating out, cooking, and news. 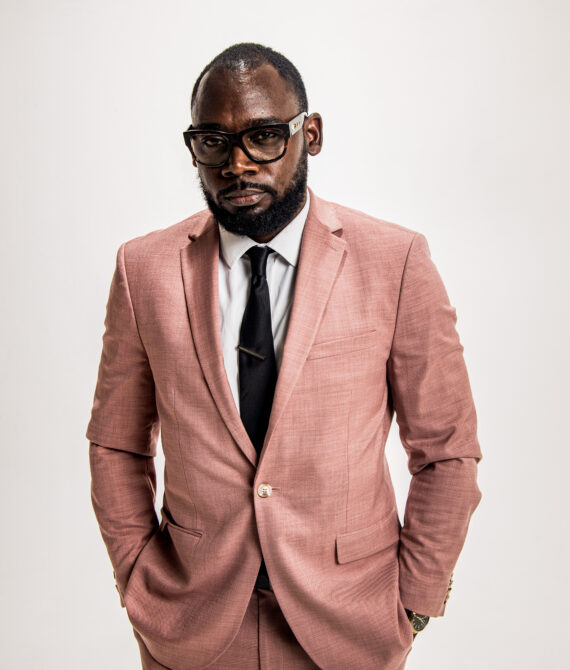 Thierry is a young professional who has experience in several sectors.
In his early professional life, while working on his BA in English at the University of Omar Bongo in Gabon, he worked as a consultant interpreter/translator for BTPS Business Transit Prestations & Services. He has worked as a freelance interpreter in numerous conferences, such as the Gabon-Turkish Businessmen conference, and as an English teacher at BGFI Business School in Gabon. After obtaining his BA in English he participated in the Gabon-Oregon Urban Design Lab Project which took place in Libreville, Gabon, and Eugene, Oregon. He served as an Interpreter from English-French and vice versa and was also given the role of head of the student body. After that great experience, he continued his journey to the United States, pursuing an MA in English at the same time interning at Jean V. Naggar Literary Agency as a literary reviewer. After obtaining his MA in English, he worked for Atlas Air Worldwide as a travel coordinator. He is currently pursuing an MA program at the University of Maryland in Interpretation/Translation English/French. 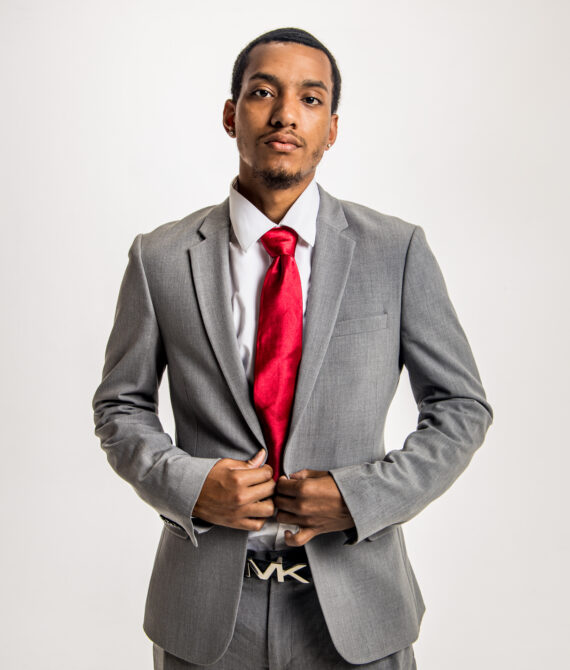 Hi my name is Nicholas Barton and I am Bronx, NY, born and raised. Having attended schools throughout NY, art and culture have become my passion. My job here at Gamehead is to spread that love for the art and culture of gaming. Having earned a BFA in graphic design at St. John’s University, I, with the aid of the GameHead creative team aim to give our competitors an experience like no other! 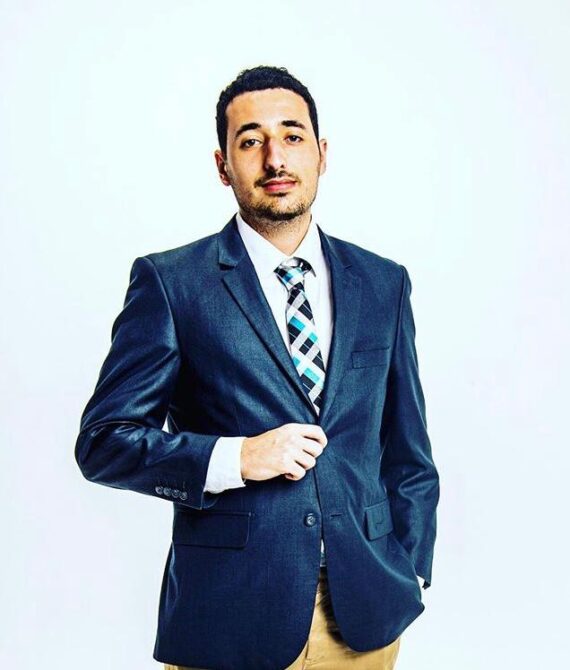 Jonathan Bar-Ness is a 2020 graduate of Ithaca College with a degree in Writing for Film, TV, and Emerging Media. He will be spearheading all of Game Head’s video content from promos to the Game Head show and the documentary coming out this fall! 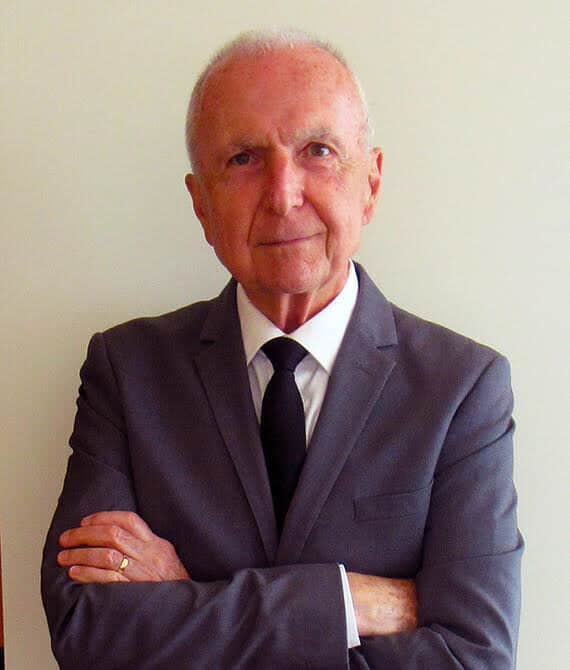 Eric grew up in Babylon, New York, on the South Shore of Long Island, where he was for a time co-owner and co-captain of a clam boat, which sank. He has been a schoolteacher, a rock music critic, and an editor of educational materials. For more than 45 years, he has spent a part of every day writing a voluminous work of fiction that he calls The Personal History, Adventures, Experiences & Observations of Peter Leroy. It has received widespread critical acclaim in the United States and internationally. Three of the volumes were named New York Times Notable Books of the Year. He has been the recipient of a fellowship from the National Endowment for the Arts; was, briefly, chairman of PEN New England; and has been awarded the John Dos Passos Prize for Literature. He is married to his muse, Madeline Canning; they have two sons, Scott and Alexis, and a granddaughter, Carson. erickraft.com 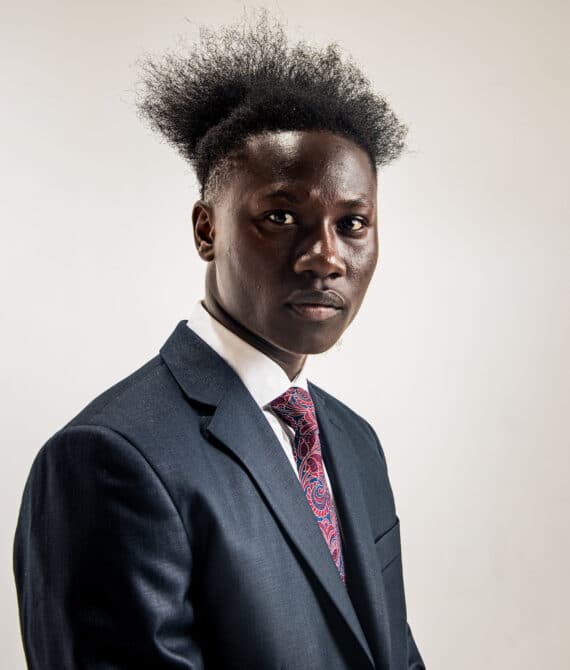 I am Nigerian, son of a diplomat, so we do a lot of traveling. In 2015, I moved to New York and met David Zogo, the CEO of GameHeadInc. After finishing two years of undergraduate studies in the University of Bedfordshire in England, I took a break from my studies. While in school I was also chasing my professional career in football.
At first, David approached me as he has done over the years to brainstorm about ways to better ourselves in the future. At that time, GameHeadInc was an idea David had, but not a reality yet. A week later he contacted me about joining the team. He knows that I’m a hard-working team player, and he is aware of the kind of exposure I can get for GameHeadInc through my career as a footballer.
I am very grateful to David for making me part of this and in due time GameHeadInc will rip my efforts and see the value in the asset that is my self. Again, thank you very much for the opportunity. 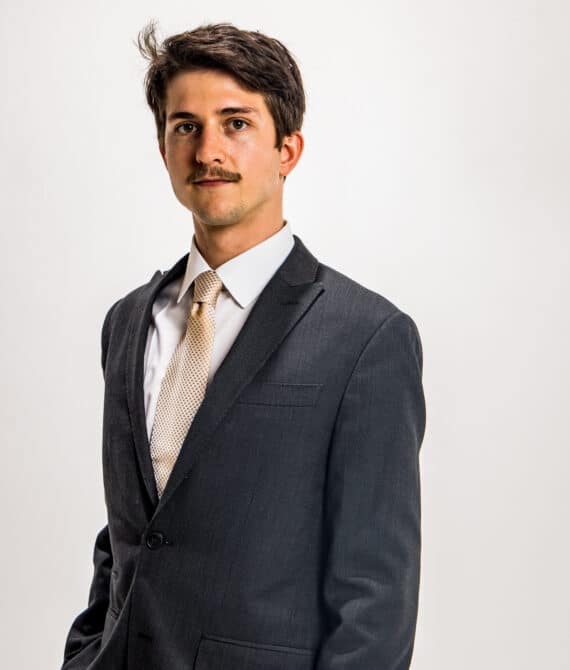 Hey, I’m Nathan Gilwit, Director of Film, New Rochelle born and raised. You could find me with a camera in hand as early as age ten and wouldn’t be able to find me without one now. I studied film at Hunter College in Manhattan and have worked on sets from productions as small as my friends’ basement comedy skits to indie feature films and even Nickelodeon commercials. I’m excited to bring my lifelong skills and interest in film and media to the GameHeadInc team to help breathe some fresh air into the sails of both the gaming and film & television industries. Free For Life! 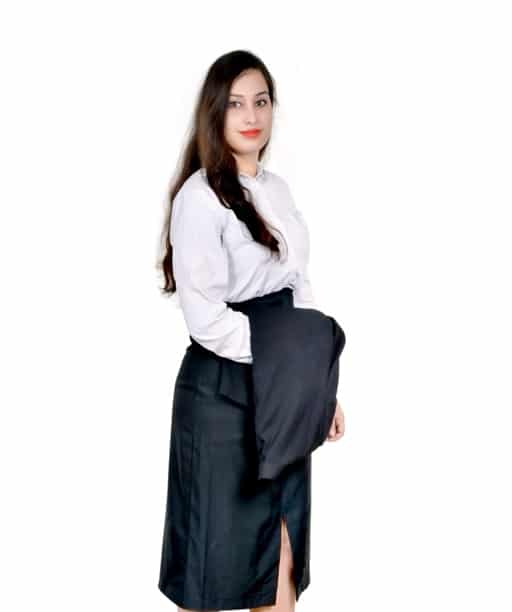 I have more than seven years of experience in the execution of digital marketing. I have a Master’s degree in Computer Application.
I am energetic and self-motivated, and constantly experimenting with new technologies and techniques. I am passionate about Web development and many other technologies also. I think the field of digital marketing is extremely rewarding and I’m always excited to be a part of it. 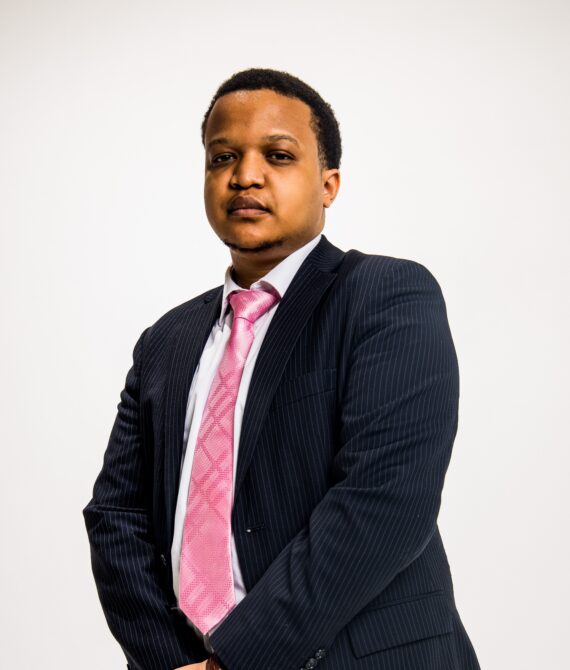 Hi there, I’m Erwin Francis. Short story about me: I was born and raised in Tanzania, in the eastern part of Africa. I came to America eight years ago with a dream to pursue higher education. GameHeadInc has given me such an opportunity to be part of this lovely company. I’m looking forward to serving everyone with the best possible customer assistance because we believe GameHeadInc is like a family for everyone. 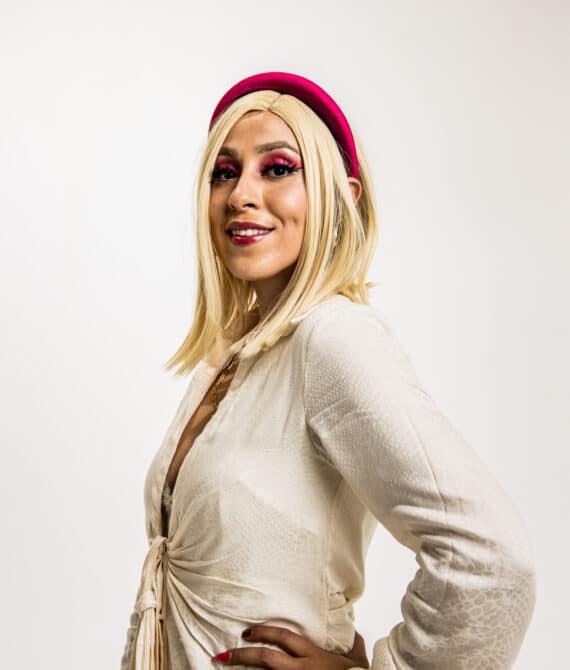 Growing up in another country, Lluvia—Lluvi for short—struggled a lot to find a place to call home. She traveled and moved around a lot until she finally settled in New Rochelle.
Here she made great connections and met wonderful people who’ve loved her for her authenticity and genuine style.
Lluvi found a home here at GameHeadInc where she can display her talents and do what she loves. As the Gamebabez brand manager she gets to use her unique fashion style to design clothing for the wonderful Gamehead babez and guys.
The amazing Lluvi knows it’s not easy to get far in life, but all you need is that one chance, that one person who believes in you. Lluvi has a chance to help bring opportunities to any girls willing to take them. When looking for the next Gamehead babe model Lluvi takes pride in diversity and in giving everyone an equal chance. 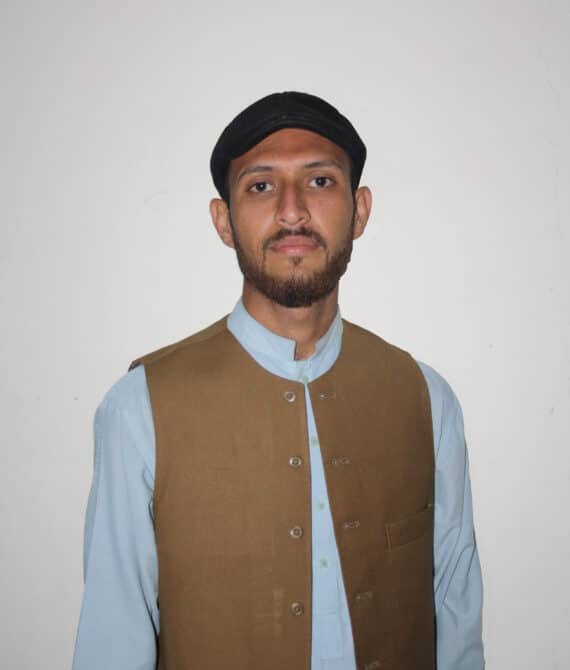 Ismail Shah is a young 23-year-old professional web developer from Pakistan who has three years of experience in web development. Hard work is his passion and first love. In addition to his role at GameheadInc he is a freelancer currently working on fiverr (https://www.fiverr.com/ismailshah02?up_rollout=true). He is also currently in the midst of attaining a BS Computer Science at the University of Engineering and Technology Peshawar, Pakistan.

New membership are not allowed.